Hello and God bless everyone,

I am Laurie the creator of Spirit Warriors of Christ. George Hanson and I have been Working together on this, but since the censorship of the truth is on the rise, and information being flagged and deleted, and accounts removed because of the choice of non – compliance to the censorship of the truth even when told the consequences. George has been gracious enough to let Spirit Warriors of Christ and Just for Jesus join together to bring you the absolute truth, no sugar, no propaganda, or false narratives.

From the time I was baptized and received the Holy Spirit the Lord put a fire in my soul to do Gods will and Share the Gospel of Salvation, and then he put George and I together, and we have made a great team. He has blessed both of us.

God was in control of my life even back then and he has led me to this point, but he’s not done with me yet. It started when I was baptized as a baby; I went to church as a young girl but couldn’t grasp the enormity of it all. It was fun to me and I enjoyed it, the church was bright and beautiful with a white floor, stained glass windows, and beautiful wooden pews. As a little girl it seemed huge to me that is my memory of it.

Pastor Wagner was my good friend and I felt close to him, I haven’t seen him since then but still have fond memories of him and the fondness I had for him. He even gave me a small hard cover book and wrote a message in it; unfortunately I don’t remember the message and lost the book at some point. But still today the memories and fondness are still locked in my heart.

We stopped going to church, then about 12 or 13 there was a church bus that came into the neighborhood, some kids were going so I decided to go, then we moved and I stopped attending church.

Then after getting married and having children I started attending again. I was Baptized in February of 93,I got very sick for three months contracting pneumonia, was extremely weak because I couldn’t keep anything down. Ladies from the church were such a blessing bringing food for my family and cleaning my house. I wish that I could thank them today, I never got the chance. We stopped going to church and ended up Divorcing.

I got remarried and then after a matter of years made a really bad decision and, well lets just say I fell into the wrong crowd because I was searching for something but didn’t know what.

Anyway, after many years I decided to stop what I was doing and fully embraced Jesus Christ, it wouldn’t be till many years later I’d come to realize that he was with me all along, waiting for me to decide to come to him. He saved me from sin and a life of darkness, and evil. I truly believe that he left the 99 to get me and take me back where I belong.

The path I was going down was leading to destruction and now I deal with the consequences of my actions, we must all reap what we sew.

That was a dark period in my life, but now is the good stuff.

Another decision to go back to church was the best decision I ever made which changed my life and what I wanted. After attending another church I became a member and then on May 19, 2019 I was baptized, only this time I received the Holy Spirit. I felt a peace and joy I’d never felt in my life, I was so overwhelmed I was brought to tears and couldn’t hold them back.

My life hasn’t been the same since and I’ve been on fire for the Lord, to get his word out. I needed a way to get around and George had Accepted Jesus before me and I already knew George, I had spoken to the Lord and told him, Lord I need a name, something to call myself as I share your word.

Then it came to me as he spoke to my spirit and said, Spirit Warriors of Christ. I said to him that’s Awesome!

So, Then I created the Spirit Warriors of Christ Facebook which didn’t work out too well, then a YouTube channel which has done ok but I keep praying that we can reach  more in need of the word.

I was nervous talking on camera at first but the more I did it the better I felt, of course there are still moments.

I am praying that you can gain knowledge, wisdom and above all truth as we dive into scripture and the prophecies unfolding and being fulfilled before our eyes.

May God bless you and keep you, may he shine his face upon you and grant you his Shalom (peace).

My name is George and I have a very special story to as how I became a Christian. I was having a hard time and feeling very depressed. I got to the point that I wanted to end it all. So I went and bought a bottle of ever-clear for those who don’t know it is 95% grain alcohol. I mixed two cups with some fruit juice concentrate and drank it. But immediately after I got on my knees and prayed for God to forgive me for what I had done. Amazingly enough I survived till the next morning when my friend found me and called the police. When I went to the hospital 12 hrs after I had drank it my blood alcohol level was still 256. I should have been dead, but God saved my life. When I awoke the first thing I said was praise God. I became a true Christian at that point, I accepted Christ and asked God for forgiveness.
Now I live my life as if I am dead and I am living for Jesus. I quit smoking and I don’t Drink anymore. I feel like a whole new person and I am happy now! It is amazing how much God has changed my life.

I feel so blessed it has been a few years since this incident. I have a new friend and we are working together to bring Gods word to as many as we can. 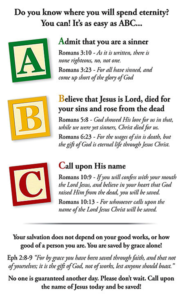 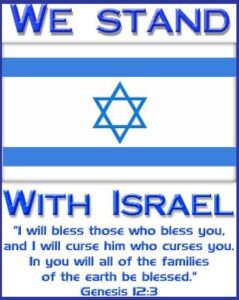 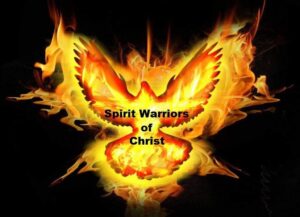